This is the first thing most people ask.  “Will I become addicted to cannabis?” It’s a completely reasonable question to ask.  Cannabis is on Schedule I, reserved for the most dangerous substances with no medical value.  For decades, we’ve been told that cannabis is as dangerous as cocaine, heroin, and methamphetamines.  The common sense assumption would be that cannabis must be addictive.

When I first approached cannabis, I asked this question and never got a straight answer.  This is because as with most things, the truth is far more complicated.

According to the American Society of Addiction Medicine:

“Addiction is a treatable, chronic medical disease involving complex interactions among brain circuits, genetics, the environment, and an individual’s life experiences. People with addiction use substances or engage in behaviors that become compulsive and often continue despite harmful consequences.”

If the definition seems needlessly evasive, it’s actually because addiction is still not well understood.  The key to ASAM’s definition can be attributed to two tests:

Mental health practitioners use the Diagnostic and Statistical Manual of Mental Disorders, Fifth Edition, known commonly as the DSM 5, to diagnose mental health conditions, including those related to substances.  One of the changes in the new edition is that abuse and dependence have been combined into a single “use disorder”.

What Is Cannabis Use Disorder?

Cannabis Use Disorder is defined by the DSM 5 as “Two or more substance use disorder criteria within a 12-month period.”  This would seem to indicate that anyone who experiences two or more signs of dependence or abuse is suffering from cannabis use disorder.  One of the dependence characteristics is “tolerance”, which is defined by the National Institute of Drug Abuse as when “it takes a higher dose of the drug to achieve the same level of response achieved initially.”

Another diagnostic characteristic in the DSM 5 is “Used larger amounts/longer”.  As most people intuitively understand, using larger amounts of a substance for a longer period of time is likely to both cause and demonstrate tolerance.  These two diagnostic criteria are defined almost the same way, which means they are inherently correlated.  It is possible to diagnose a cannabis use disorder based on tolerance alone.

Tolerance forms when the body adjusts to a substance in a way that decreases the effects of that substance relative to the amount consumed.  This process frequently happens when you are prescribed a medication for long term daily use, and your doctor adjusts your dose upward until you find the right balance of benefit and side effects.  There is nothing inherently wrong with tolerance; it is a natural result of your body finding balance and trying to maintain homeostasis.

When it comes to cannabis, tolerance is no different.  A new cannabis user is likely to experience significant effects from a very small dose of active cannabinoids, including THC.  Those effects can include both desired effects, such as pain relief, relaxation, or euphoria, as well as undesired effects such as confusion and increased anxiety.  As the use becomes more frequent, whether prescribed by a doctor or not, tolerance is likely to occur.

The result of cannabis tolerance is that the user increases the amount consumed to achieve the desired effects.  Most medical patients consume far larger doses of cannabis than an occasional consumer.  This is not a sign of deviancy or abuse – merely a natural result of frequent use.

Is Tolerance The Same As Addiction?

No, it is not.  Addiction is so poorly understood that tolerance and addition are often conflated as being the same thing.  However, the key aspect missing from the equation is abuse.  For a cannabis user to be considered “addicted” to cannabis, there needs to be some evidence of harm.

Did A Doctor Prescribe It?

One of the massive contradictions in diagnostic criteria for substance use disorders relates to the medical establishment.  Since cannabis is still illegal in most jurisdictions, cannabis users are actively breaking the law, which is used by opponents of cannabis to perpetuate the myth that cannabis users are inherently criminals.  Despite the mental gymnastics required to sustain such a point of view, there is one pathway for cannabis use to not be considered abusive: when a doctor prescribes it. 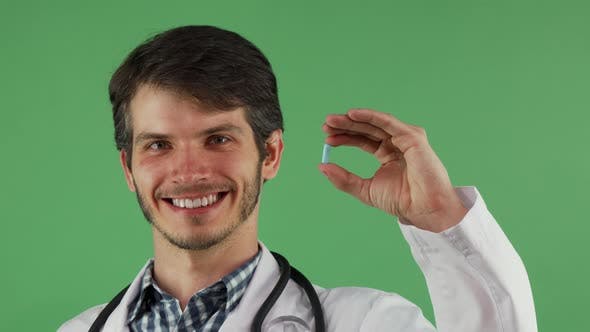 We see this phenomenon play out in other substance categories such as opioids and benzodiazepines.  Doctors have actively been prescribing opioids and benzos for decades, despite the fact that these substances are orders of magnitude more likely than cannabis to create tolerance, withdrawal, and abuse.  However, because a doctor prescribed it, patients unknowingly subjected themselves to dangerous substances with addiction profiles far more credible than cannabis.  Many of these substances produce physical withdrawal symptoms that can be deadly.

The result of this contradiction is that the medical establishment has contributed to addiction and abuse far more than cannabis ever has.  And to further the irony, there is emerging evidence that cannabis can be used to help those with opioid and benzodiazepine addiction.  When a doctor says it’s okay, that is.

So, Is Cannabis Addictive Or Not?

Given the fraught, politicized nature of the term, we do not see value in framing cannabis use in terms of addiction.  The simpler and more relevant answer would be that no one has ever died from cannabis use or cannabis withdrawal, as opposed to just about every other substance on Schedule I.  There is simply no reason for anyone to group cannabis with these substances.

Cannabis can absolutely be abused, like any substance.  However, the rates of dependence are significantly lower than every other substance used for reference.  According to a study published by New York State Psychiatric Institute, “The cumulative probability estimate of transition to dependence was 67.5% for nicotine users, 22.7% for alcohol users, 20.9% for cocaine users, and 8.9% for cannabis users.”

Stated differently, a small percentage of cannabis users develop tolerance to cannabis, increase their dosage as a result, and qualify for the criteria defined by the DSM 5 for cannabis use disorder.  However, this does not in any way imply that those users experienced negative or harmful effects – merely that they use cannabis more frequently than the rest of the population.

Most cannabis users will not.

A Better Question To Ask

We frame up cannabis in terms of “addiction” because 80 years of prohibition have taught us to think of cannabis as a drug of abuse instead of as a medicine and a tool.  Instead of this prohibition-era paradigm, we suggest that you consider cannabis use as a tradeoff between benefits and side effects.

Many people achieve benefits from cannabis that far outweigh any perceived side effects.  Some people find that they are able to sleep better, others find relief from pain and anxiety.  The side effects of excessive use in one’s self are easy to identify.  When you notice yourself wondering if you’re becoming addicted to cannabis, this is your mind’s way of asking you to consider your dosage and frequency of use.

If you are concerned about whether your own cannabis use constitutes abuse, these are some questions to consider:

- Is your cannabis use interfering with your ability to live your life?

- Do you use cannabis even when you don’t want to?

- Have you endangered yourself or others with your cannabis use?

The key to using cannabis responsibly is to carefully monitor your dose and respect the plant.  Cannabis can be part of a healthy lifestyle, but too much of anything can be problematic.  To avoid bad experiences as well as stave off tolerance, start low, go slow, and only use the amount you need.