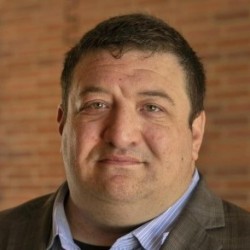 When I was six years old, I learned to fear drugs. I was watching TV as the famous egg was cracked open onto a hot frying pan. As the whites hardened from translucent to white with the edges browning, the message was clear. “This Is Your Brain On Drugs”. There was a simple equation in the 80’s: Marijuana = Heroin = Crack Cocaine. I learned to Just Say No. I learned that drugs are evil. I learned to fear.

Decades later, I was struggling with obsessive-compulsive disorder and anxiety. My doctors tried their best to prescribe away my problems with my full cooperation, but nothing was working. Then, I began to read about new research showing that CBD and THC, when combined in different ratios, could be used to treat anxiety effectively. The science was inconclusive, because the Schedule I status of cannabis has prevented much meaningful research from seeing the light of day.

I traveled to Denver in 2015 to find out for myself. I visited practically every dispensary and asked about which strains and products were appropriate to try. I bought dozens of products and experimented. Some combinations and ratios worked better than others, and I started to learn which ones were right for me and in what doses. That was the beginning of my journey of self-titration.

Instead we’ve been trained to ask our doctor for a prescription, and our doctors are happy to oblige. Prohibition has stifled cannabis research, while pharmaceutical companies have pocketed billions on opioids and benzodiazepines. The same politicians who say “good people don't use marijuana” take millions from drug companies and HMOs. How many lives have been destroyed by greed and lies?

Once I overcame my initial anger, I realized there were millions just like me who had been brainwashed by the phony War On Drugs into thinking cannabis was evil. The end of prohibition is finally allowing the truth to come out. As people all across the country share their stories about using cannabis for wellness, it won’t be long until prohibition ends for good.

Everyone’s experience with cannabis is different, but what matters is that we are finally free to explore what’s right for our own bodies. Cannabis is natural medicine, but only you can find the right way to use cannabis for your own body. My cannabis journey has helped me find relief. My mission is to help others begin their own journeys. We can all help each other by sharing what works for each of us. Together, we can all get well. 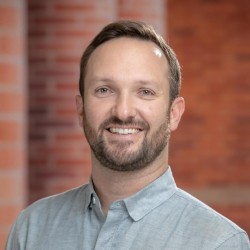 When I was first introduced to cannabis I quickly realized it enhanced all of my senses. Activities such as listening to music, watching a movie, eating a meal, being with a significant other, and even smelling flowers were suddenly much more enjoyable. The more I used cannabis, the more I learned what the plant can do. It was my answer for nausea, headaches and sleep.

This really confused me, because I was taught from a very young age that cannabis was the devil. While it’s true that teenagers and children should not use cannabis, this programming sticks with people into adulthood. Because of this, so many people have never tried or experienced cannabis because they were falsely led to believe that it is a harmful drug. We’re finally in a day in age where people can start to learn that they were misinformed and that cannabis does not need to be harmful.

I want to enlighten people who don’t understand cannabis. I want to introduce them to the powerful things it can do. I want to guide others to responsibly use cannabis products as natural alternatives for pain, sleep, and anxiety medications. 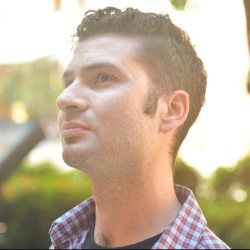 Our society's policies on cannabis are hypocritical and wrong.

Even when I was in high school, I saw it. Perceptions surrounding “the drug” were shaped not by science, but by misinformation and outright lies. I saw how fear stifled our curiosity in spite of retail stores selling cannabis legally, in plain sight.

I attended high school in the San Fernando Valley less than a decade after Proposition 215 was passed in California. Cannabis dispensaries were blossoming throughout Los Angeles, and a new culture of appreciation for the plant was emerging. But it was still underground, obscured by a thousand confusing strain names and anecdotal stories, and suppressed by a lack of education and media coverage. No one was telling the other side of the story.

Instead, cannabis use was associated with laziness and mediocrity. “It will make you a loser. It will kill your motivation and drive” were the messages I heard from family members, and I remember most parents bombarding their children with the same. There was no articulation of responsible consumption based on age. No articulation of what modern science was uncovering in terms of use cases. No articulation of why people were still going to jail in the United States while in Los Angeles you could walk in and freely purchase plant medicine.

These associations were prevalent in spite of substantial documented evidence demonstrating cannabis’ benign effects. I remember seeing thousands of published cannabis articles in our high school’s databases, most of which blasted through common misconceptions about cannabis causing lower mental performance, lower sperm count, long term brain damage, etc. My teacher allowed me to research and write my term paper on the subject; consequently, I saw our grand hypocrisy surrounding plant medicine and incrimination.

I did not find cannabis useful until I went to college. I have been using it ever since for enhancement: creativity, inspiration, new perceptions and insights. Cannabis does not do this for everyone. However, many entrepreneurs, musicians, artists, and professionals have used cannabis for decades for these reasons. Many have confessed of its therapeutic effects in alleviating ADHD, anxiety, and lethargy. This has largely been ignored and remains unexamined.

Our future as a society is exploration of the plant. We invite you to examine if cannabis is right for you.